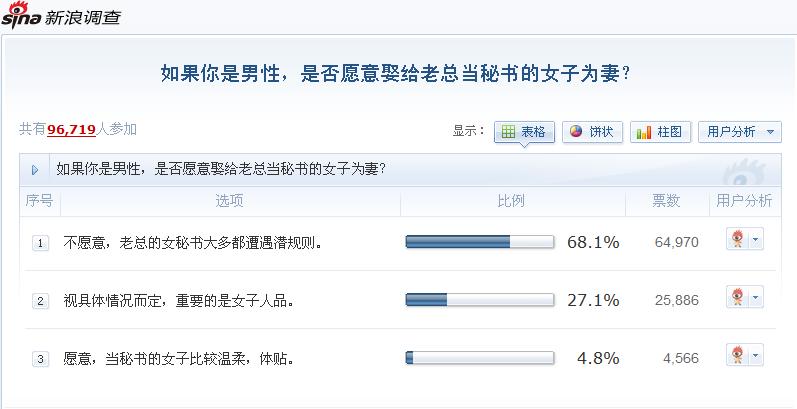 I was having dinner with a high school classmate who was in Shanghai for holiday. His family immigrated to the US four years ago to fulfill his father’s American dream. As I know his father was a respectful professor in Shanghai, I was shocked to hear that he is now working as a truck driver in America.

“Oh! I thought he was teaching at college in the US.”

“No. Actually being a truck driver has always been his dream but he didn’t do that as it’s not a decent job in China.”

It’s true. Speaking of driver, it is connected with long-hour driving, low salary and rude behavior. However, according to my friend, a driver is as appreciated as other occupations in the US. In civilized society, people don’t have discrimination on jobs. Every single job is important. A truck driver is paid as much as an office white collar, or even more.

As a truck driver, my friend’s father has bought a house and three cars for the family in the past four years in the US. I’m wondering how many truck drivers are able to do that here. His father loves his job as he can drive and travel around America without being discriminated.

My father is a driver too. He works 12 hours a day, five days a week. My mom is always complaining about his job as it’s painstaking without decent payment. We had to squeeze in our 35-square-meter home before I decided to move out.

“Occupation counts much,” said mom. “You don’t want to marry a driver in the future, do you?” Well, I don’t think I get to worry about that as it suddenly occurred to me that my job seems very unacceptable to my future husband.

Another friend once asked me if I have ever thought about settling down.

“I’m just wondering how you could settle down since you work in media.”

That’s another example of occupational discrimination. A lot of people don’t like their spouses working as a journalist which involves constant travelling and unreasonable schedules.

Being a media worker is not too bad. When it comes to occupational discrimination, the most vivid example would be secretary.

A pool involved 96,719 Chinese netizens showed that 68.1% male wouldn’t want to marry a woman who works as a secretary. I predicted that my male fellows wouldn’t like this occupation but I was hoping at least some of them would be supportive.

I asked 20 of my male friends, all unmarried Shanghainese. None of them can accept their future partner having such job. All of them replied me without hesitation. Typical explanation was like “of course I would mind that! Secretary is very likely to be boss’s lover. That’s the hidden rule.”

By contrast, I asked 20 foreigners, mostly Americans on this issue and 19 of them showed support and trust. “If I choose her, it means I trust her on this, otherwise I won’t choose her.”

A couple of American respondents pointed out: Chinese people don’t feel secure. What’s behind the occupational discrimination is lacking a sense of security and mutual distrust. Jobs are not considered as what they are. We like to associate them with something further. Is my secretary wife cheating on me with her boss? Is my driver husband able to support the family? Is my hair stylist boyfriend going to leave me for his attractive customer?

Often times we choose spouses based on the jobs to avoid troubles and suspiciousness in the future. In my opinions, it could lead to two problems: first, the number of leftover men and woman will be increasing as a lot of people are happy to marry female teachers and male public functionaries as spouses. Second, when you realize your spouses with nice jobs don’t really suit you in life, you’re very likely to divorce.

I know it’s extremely difficult to get rid of the stereotype in a short time. Parents and teacher teach us that every job is equal, but it’s a different story when choosing spouses. A little bit more trust and understanding might bring us much more happiness.